This post is not about web accessibility, but I hope you will find it interesting nonetheless. The Stockholm Museum of Modern Art (Moderna Museet) created an interesting project to make some of its exhibits accessible for visually impaired visitors.

The tactile objects were developed by art educators who are also active artists, after meticulous studies of the work of art and literature about the artist. One of the paintings represented is Matisse’s Apollo from 1953. It is considered as one of his last great works and depicts the sun god Apollo: 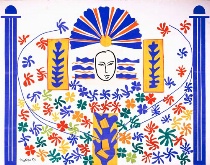 The tactile version of this picture makes it possible to feel the face and the sweeping lines forming the shape of a heart. It is using the same colors as the original to aid partially sighted in experiencing the painting. Looking closely at the the tactile object reveal lines that are raised approximately 0.5 centimeters to enable exploration by hand. 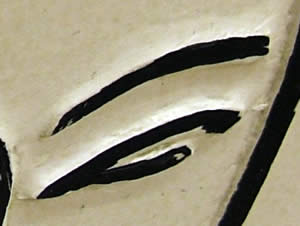 Another interesting feature is that the material used has a different temperature depending on the color. The blue parts feel much colder compared to the red parts. This provides another dimension for those with complete vision loss.

A part of the painting The Engima of William Tell by Salvador DalÃ­ has been represented in a plaster cast. The original depicts Lenin’s protruded buttock being held by a crutch but the tactile object has focused on his foot in the lower part of the painting. 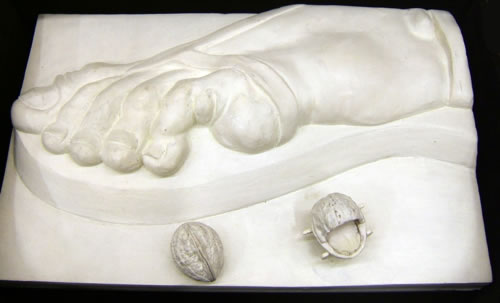 The object contains part of the foot and two nuts visible in the lower part of the painting. In one of the nuts is a model of Gala, DalÃ­’s wife, which is hard to see in the painting. This is more apparent in the tactile object: 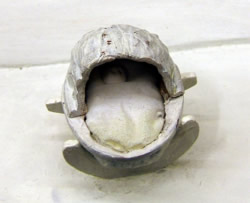 Is it a different experience?

Tiina Nummi-SÃ¶dergren, head of the Swedish Association of the Visually Impaired sums it up:

You can never replace the lack of vision, but you can try to enable participation as much as possible. If you and I visit a botanical garden we will not experience it in the same way. I will be influenced by what I touch, smell and hear. My inner image will be different from your’s. But noone can say that my experience will be so small that it doesn’t matter.